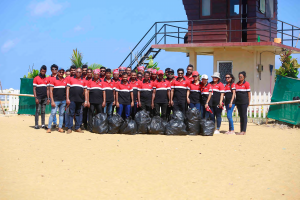 Life on earth depends on a very complex set of interactions between different life forms. Examination of the extent to which humans disrupt this arrangement is a relatively recent concern but one that is rapidly growing. The direct and indirect effects of pesticides on wildlife, waterways and the environment at large may be harmful and are entirely undesirable. We take extra care to minimize the risk to non-target insects & the environment.

As a leader in the industry, we believe that we have a moral obligation to respond to this new paradigm—to adopt a business model of increased accountability and to set-up environmental leadership in our industry and entire SME sector in Asia and the World. 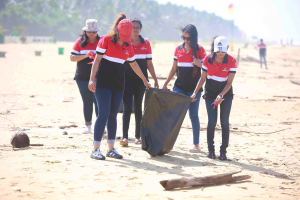 THE EXTERMINATORS (PVT) LTD., won an Environmental Leadership Award in 2018 in the international campaign to find the greenest individuals, companies, councils and communities around the world. Exterminators competed against more than 800 other nominations in the Green Apple Awards for Environmental Best Practice with their project, Carbon Neutral Pest Control.

The award was presented at a glittering presentation ceremony hosted by Liz Kendall MP at the Houses of Parliament, Westminster, London on November 12th, 2018.

The judges commented: “This Sri Lankan pest control company takes extra steps to minimise the adverse effects of its operations. They focus on avoiding harm to non-target species in their applications and operate as a carbon neutral organisation since 2014 through carbon credits supporting renewable energy projects in developing nations.”

Nominated to represent Sri Lanka in the Green World Awards 2019

Exterminators’ is part of the United Nations Billion Trees initiative. 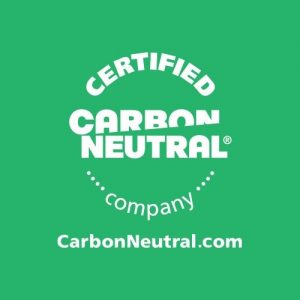 Exterminators is committed to leading the way by greening its company’s operations. This commitment is clearly demonstrated and confirmed through Exterminators maintaining its CarbonNeutral® certification for the fifth consecutive year by managing and offsetting its GHG emissions despite business success and operational growth. This is a major step towards the establishment of a systematic sustainability action plan within the company.

It is also a long-term commitment to reduce the company’s environmental impact and to become a more responsible corporate citizen whilst ensuring it reaps the benefits of being a sustainable, ethical and eco-friendly business entity. 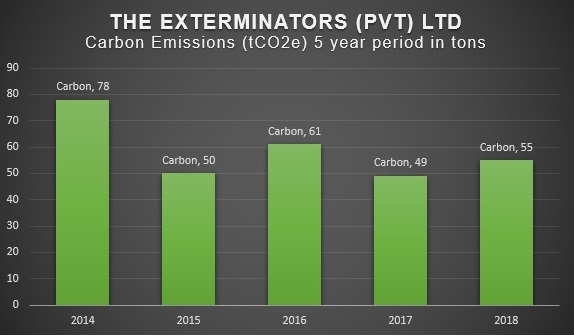 All ‘Carbon Emissions’ released to the environment was totally offset in collaboration with the UK based ‘Carbon Neutral Company (293 tons of carbon emission was offset since 2014).

2017 Exterminators recorded the lowest ‘Carbon Emission’ since its first certification in 2014 and also reduced its Carbon Emission by 20% in 2017 over the previous year and maintained its position as Asia’s 1st ‘CarbonNeutral pest control company. 49 tons of Carbon Dioxide Equivalent (tCO2e) Carbon Credits purchased from – West India Wind Power Project, India.

Environment, sustainability and customer insight is at the heart of our innovation program, allowing us to invent, re-invent, design and develop effective, efficient, flexible, smart customer centric advanced pest solutions, tools and technologies that meet customer needs. Our close working relationship with customers has been the key to our success over the last two decades.

Some of the few ‘Green Inventions’ by Exterminators. 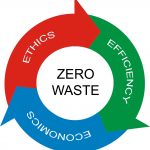 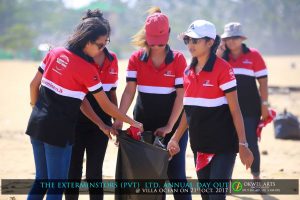 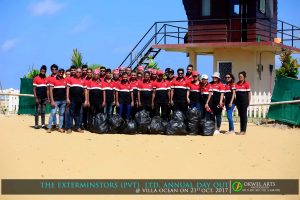 RAINFOREST IN THE CITY 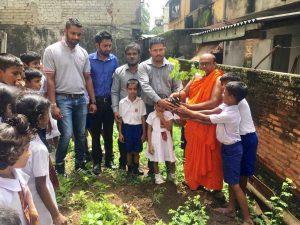 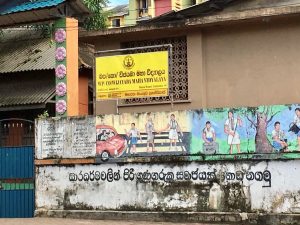 trees to all contract customers and new customers with effect from 12th July 2017 under the theme ‘Rainforest in the City’. On request, trees will be provided absolutely free to schools, disabled, elders and children’s homes. The company donated trees for underprivileged school in Colombo on 19th October 2017. 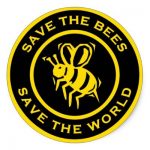 This program was launched on 5th June 2013 to create awareness about the importance of bees for survival of mankind and the planet.

On 5th June 2013, on the World Environment Day ‘Exterminators” permanently stopped bee control activities in Sri Lanka and took a further step by initiating and creating ‘Stop Killing Bees’ FB page to create awareness and educate the public on the role bees play in the pollination process and human survival. https://www.facebook.com/Stop-Killing-Bees-410002929101776/

The Exterminators (Pvt) Ltd took the initiative in May 2017 to permanently stop outdoor fogging against mosquitoes and all kinds of pests.

Thermal fogging is proven to be ineffective method to control mosquitoes and it also creates significant environmental imbalance by killing non-target insect species such as bees, moths, butterflies, dragon flies etc., and has serious negative impact on the pollination process.

Today we see a few butterflies, dragon flies and bees in the city, ten years ago we saw many, ten years from now, there will be nothing if we don’t act now. 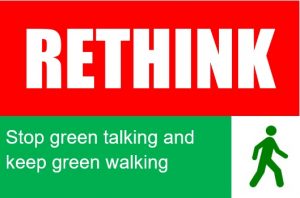